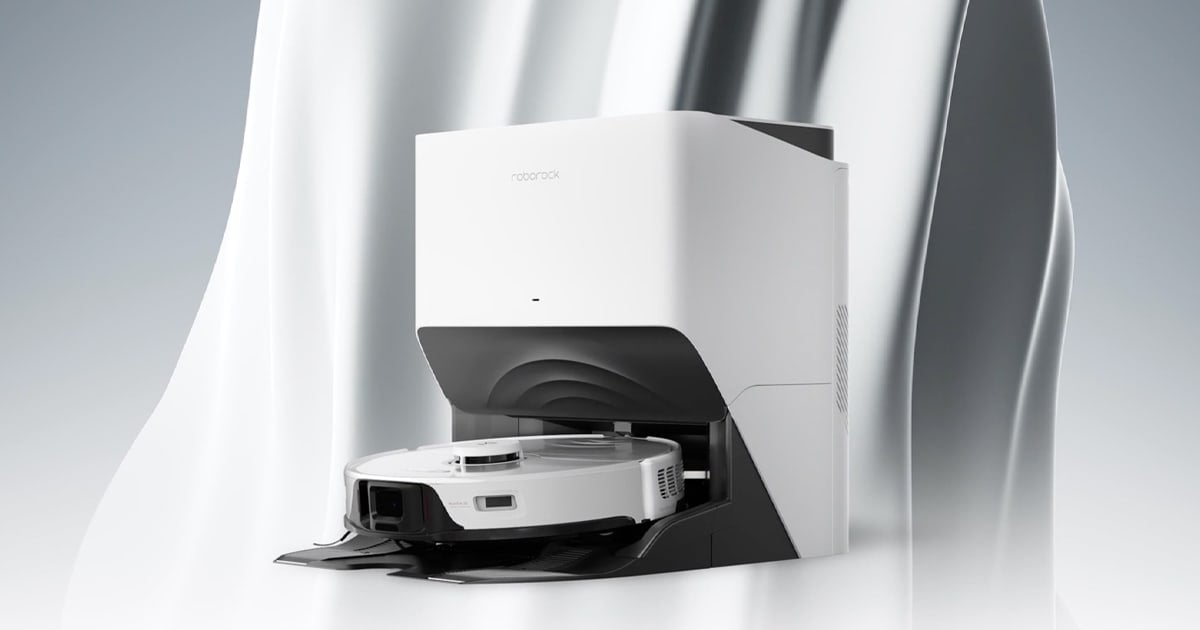 CES 2023 wrapped up on January 8, 2023. CES is one of the largest consumer technology trade shows of its kind and the place to be to find out what’s new in the world of consumer electronics. Of course, our CES-specific interest here at Vacuum Wars is vacuum and floor-cleaning technology. But we are also interested in robotics technology in general since there is so much crossover with robot vacuums.

You can watch our CES 2023 round-up video below, or continue on and read the website version.

This year there was at least one really exciting release announced from Roborock, a leader in the robot vacuum market. They announced their new flagship, the Roborock S8 Pro Ultra, and at least on paper, it’s pretty impressive.

It was only last year at CES that Roborock announced their previous flagship, the S7 MaxV, which introduced a lot of new technologies to the market. One new to the industry technology was their Ultra dock, which not only empties the robot’s dustbin but also washes the mop pad and empties and refills its water tank. It was a real game changer, and the Roborock S7 MaxV Ultra was our overall pick for the Best Robot Vacuum of 2022.

The Roborock S7 Pro Ultra won’t be released until April of 2023 at the earliest but let’s look at its specs and features.

Is Roborock taking advantage of an expiring iRobot patent?

One really big story with the S8 is that it has a dual brushroll design, which as far as we know is the first non-Roomba to have this feature. It appears that the patent held by iRobot for 20 years is set to expire right around the S8’s release date (view the iRobot patent) or at least that’s what we’ve been told. If true, we think this will be an interesting and good thing for the industry. That’s because dual brushes on robot vacuums tend to perform better, at least in our Carpet Deep Clean tests.

Roborock is claiming that the S8 is better at carpet cleaning than its predecessors, partially because of their new carpet BoostPlus+ system which gives the user the option to spend more time on carpets (an option in the app), but also presumably because it has more suction. The official suction number Roborock provided for the S8 is 6000Pa (pascals), almost 10% more than the S7 MaxV Ultra’s 5100Pa.

Another big upgrade with the S8 is the VibraRise 2.0 Mopping System where instead of one vibration module, like on the S7, there are now two. Additionally, positive downward force is now being applied to the mopping pad. Both of these upgrades are pretty significant and should make their already really good mopping system even better.

Another new thing is that in addition to the Ultra dock emptying the dustbin, washing the mopping pad, and refilling the water tank, it now also dries the mopping pad. This presumably would make it more sanitary.

Roborock claims the S8 Pro Ultra now has 30 percent faster charging. Furthermore, in addition to the mopping pad rising when it senses carpet, which was introduced with the S7 and is a huge value add that very few robot vacuums have, Roborock now claims that the dual brushes can rise as well. The point of this, we presume, is that you can use the mop only–without the vacuum–so that you can have a nearly silent mopping cycle as long as you only want to mop and not vacuum.

It looks like the S8 will have the same LiDAR-based navigation and the same obstacle avoidance system more or less as the S7. This system uses structure light for 3D imaging and a camera for its AI obstacle recognition. Roborock does seem to be claiming that their image library has been updated for the S8, but we imagine that would also be rolled out to the S7 MaxV in future updates, though we could be wrong about that.

Note: We are providing more information about the Roborock S8 MaxV Ultra than other products in this CES round-up. This is because Roborock released a large volume of information at CES 2023 about their product releases. While other manufacturers had compelling products, most shared a very limited amount of information, leaving us with less information to share with you.

Another leading Robot vacuum manufacturer, Eufy, also announced their new flagship robot vacuum at CES as well. They call theirs the X9 Pro. Though there aren’t that many details out about the X9 Pro yet, it also appears to be a LiDAR-based robot with a suite of front-mounted obstacle avoidance sensors, including a camera and what looks like lasers on the front. We think this is the first time Eufy has put front-mounted obstacle avoidance sensors on one of their robot vacuums.

Vacuum Wars has reviewed several Eufy robot vacuums, including the budget-minded Eufy RoboVac G30 and Eufy G40+, both reviewed in late 2022. Eufy’s robot vacuums have always performed well, and it will be interesting to see how the top-of-the-line X9 Pro performs too.

The X9 Pro has a premium charging dock that not only empties the dustbin, but it also has a mopping system that refills and empties the water tank and even washes and dries the mopping pads. So it looks like it might be a real contender in the premium market.

Eufy is also advertising 5500 pascals of suction on the X9 using their twin-turbine technology (a dual motor design).

Many of the same robotics trends were apparent at CES 2023 that we saw last year, namely that LiDAR navigation and camera-based obstacle avoidance robots are becoming, if not standard, a pretty well-defined trend.

Finally, there’s evidence that mop pads that lift up when approaching carpet will be a big trend in 2023.

As far as other types of vacuums are concerned, Tineco announced their new Pure One Air cordless vacuum, which seems to be a stripped-down, extremely light cordless vacuum. The release noted a few new features such as a new anti-hair wrap brushroll that they call “ZeroTangle.”

LG announced a steam mop attachment for their A9 Kompressor cordless vacuum line at CES 2023 as well.

The other major releases and announcements from top brands were about wet/dry vacuums, or what Vacuum Wars calls, “hard floor washers.”

Tineco announced the new S7 Pro, which has updated specs as well as a new water flow system that is supposed to more evenly disperse water – keeping the brush cleaner, both when mopping and during its cleaning cycle.

The S7 Pro also has a patented squeegee system that rings out the brush and Tineco’s iLoop sensor and LED screen, which mostly optimizes battery life by adjusting its performance based on dirt sensor input.

One new feature is a smooth self-propulsion system that detects if you are pushing or pulling the vacuum and then powers the wheels for less effort, the utility of which will be interesting to test.

Dreametech also announced their new M12 wet/dry vacuum, which actually has many of the same features as the Tineco, including improved water circulation as well as dirt detection combined with LCD screen monitoring. But the M12’s claim to fame is that you can detach the canister and use it separately with various attachments for above-floor cleaning tasks, which is definitely a first for us.

Roborock also announced their new wet/dry hard floor cleaner, the Dyad Pro. The main improvement over the previous Dyad is a self-drying mode, like with their robot vacuum Ultra Dock. It also has an auto suction adjustment feature combined with an LED screen for monitoring power, dirt levels and such – which is now safe to say, a major trend.

One interesting innovation is that the Dyad Pro has an automatic cleaning solution dispenser that is integrated into the floorhead, which they say can last up to 600 minutes of cleaning, as well as various spec and feature upgrades.

So that’s it for Vacuum Wars’ CES 2023 update! We are looking forward to reviewing some of these exciting new products in the coming year and sharing them with you here and on our YouTube channel.