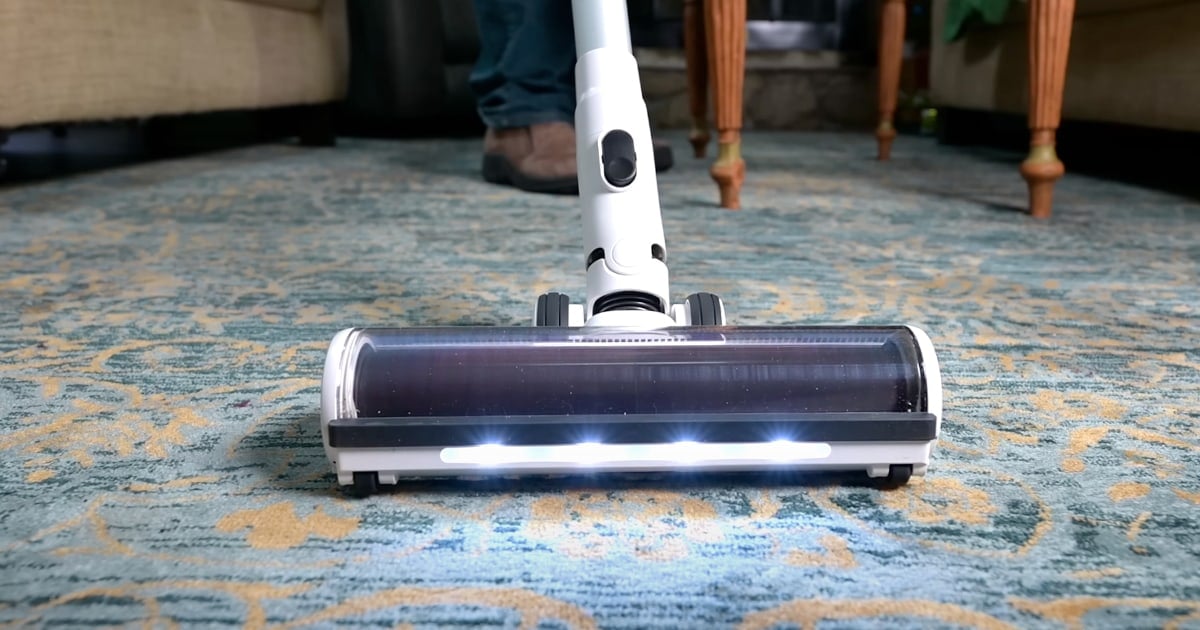 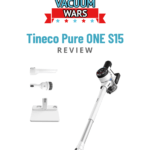 In this review we are taking a look at the Tineco Pure One S15. It’s a new cordless vacuum in the growing list of models Tineco sells. We bought one and tested it in several different ways over the period of a week or so. Here’s what we found.

There are three Pure One S15 models offered by Tineco. Each model shares the same core specifications.

Which accessories you get depends on which S15 version you buy. The vacuum itself is the same. Every S15 comes with the following items in the box.

While we are not sure why, slightly different model names are used depending on where you look. We’re referencing the names used on Amazon.com. Those Tineco Pure One models are the S15 Essentials, S15 Pet, and S15 Pet Ex.

Regardless of the model you buy, the attachments are well-made and really useful. The 2-in-1 dusting brush in particular was nice. We found that its long bristles make it genuinely useful when dusting.

Cordless vacuum shopping? Read our review of the Samsung Bespoke Jet cordless, a premium stick vacuum with a charging stand that can empty the vacuum, too!

If you do get one of the two models that come with the Mini Power Brush, we think you will find it to be well-constructed and good for a number of tasks.

One last note on the different S15 models is that, according to the Tineco website, some models have an LCD display while others have an LED display.

We tested how much suction power the Pure One S15 has, and the results were good. Our Tineco scored well above the average for sealed suction, tying it with the Dyson V11 cordless. This makes it great for above-floor cleaning when using it as a handheld with an attachment.

The Tineco Pure One S15 is loaded with features that you don’t normally see on cordless vacuums in its price range.

Compared with more than 60 other cordless vacuums, the Tineco Pure One S15 delivered airflow numbers just above average when measured at both the head and the base.

That power was evident in two tell-tale tests, the crevice pickup test and the carpet deep clean test. Tineco’s cordless scored above average in both.

Moving on to debris pickup on carpet, we found the Pure One S15 did well with debris of all sizes from fine to extra large. When vacuuming on hard floors, it did well with smaller debris, but was challenged with larger items.

This is due to the cleaning head design, and it is something we have seen before. The front of the brushroll alternates between areas that make contact with the floor and gaps where air and debris get sucked into the vacuum.

When vacuuming on hard floors, the design causes the Pure One S15 to push large debris around. In the real world, we didn’t find this to be an issue, but if you tend to vacuum a good deal of larger debris (think cereal-sized) on hard floors, you may have a different experience.

Beyond being pushed around on hard floors, larger debris also tended to clog the Tineco S15. In the photo below, you can see how cereal has become lodged in the dustbin intake.

When this happens, unclogging often requires you open the dustbin and then remove the main filter housing. It doesn’t take much effort to do, and it won’t likely happen very often in real-world conditions. But when it does, a tell-tale sign is that debris will fall out of the vacuum when cleaning until the clog is cleared.

An area where there were plenty of positive things about this cordless vacuum is its features. The Pure One S15 is loaded with features that you don’t normally see on cordless vacuums in its price range. We are basing this on the model we tested specifically, the vacuum with the Pet designation.

Like many previous cordless S-model vacuums, Tineco equipped the S15 with its iLoop Smart Sensor Technology. The iLoop dirt sensor extends the vacuum’s battery life by measuring how dirty the floor surface is and then adjusting how much power it uses automatically.

The first Dyson to incorporate this type of technology was the V15 Detect, a much more expensive cordless vacuum.

The Pure One S15’s LCD’s screen is one of the best we’ve seen on any cordless vacuum. It tells you just about anything you’d want to know. Called the All-in-one LED Display, it reports:

Tineco added hair tangle prevention, called ZeroTangle Technology, to the Pure One S15, where a row of small combs on the vacuum’s brushroll housing keep both short and long hair from becoming tangled on the brushroll. The S15 is the first Tineco vacuum we are aware of that has this tech.

We like the shorter-style handle and found its swivel mechanism to be really well designed. It has just the right amount of movement to allow getting in and out of tight spaces with precision.

We tested it with both pet and human hair, and it did a really good job. It’s very rare and very impressive to find this in a cordless vacuum.

Each of the Pure One S15 models also has a premium five-stage filtration system, which appears to be a sealed high-efficiency system. It keeps all the fine dust it cleans up inside the vacuum as opposed to putting it back into the air.

Again, a comprehensive filtration system that works well like this one is something usually only found only on higher-end cordless vacuums.

Battery and charging base

The S15’s batteries are changeable. The higher-priced Pet Ex version ships with two extra batteries, while the other models ship with one. Batteries can be purchased separately, so Pure One S15 owners can get more at a later date.

Tineco says all of the S15 cordless vacuums get 40 minutes of cleaning time when in Auto mode, which uses its dirt sensor. That means owners of the Ex model get a total of 80 cleaning minutes due to its second battery.

40 minutes is a bit lower than average when compared with just over 60 cordless vacuums we’ve tested. Even so, it should be enough time for most homes.

Where charing is concerned, Tineco has a unique base for this model. Unlike the wall-mounted chargers used by most stick vacuums, the S15 has a free-standing base, called the FreeStnd. It’s a heavy base that holds the vacuum in an upright position and all its accessories too.

One other noteworthy feature is the LED headlights on the vacuum’s cleaning head. We expect this feature will be all but standard on cordless stick vacuums in the future.

Even with a heavier than average handle weight, we found the Pure One S15 to be really easy to use. We like the shorter-style handle and found its swivel mechanism to be really well-designed. It has just the right amount of movement to allow getting in and out of tight spaces with precision.

We liked the button that coaxes debris out of the dustbin when emptying the vacuum too.

As with any product, there are some shortcomings. For the Pure One S15, it is that it is challenged with large debris, both in picking it up on hard floors and it clogging the vacuum’s intake when it does get vacuumed up.

But, that’s not to say this isn’t a good cordless vacuum.

We really like the Tineco S15’s power and vacuuming ability on carpet including deep cleaning. And not only is it easy to use, but it is also one of the most feature-rich cordless vacuums at its price point. Two of those features that we really like are the dirt sensor and anti hair tangle technology. Both features are lacking in the majority of cordless vacuums the S15 Pure One competes with.

The Tineco S15’s has plenty of power and good vacuuming ability on carpet – including deep cleaning. And, not only is it easy to use, it is one of the most feature rich cordless vacuums at its price point. Two of those features that we really like are the dirt sensor and anti hair tangle technology. Both features are lacking on the majority of cordless vacuums the S15 Pure One competes with.,

The Tineco Pure ONE S15 is available online, including at the retailer(s) below.